You’ll rack up more ‘coons when the winter heat waves hit — if you follow this trapper’s ways.

When trappers think of midwinter traplines, raccoons aren’t likely the first animal that comes to mind. Cold temperatures and rare track sightings do not make the effort of checking and maintaining traps seem worth the work — especially in northern states. But, by targeting the warmest days of each winter month, trappers can spend less time on the trapline and yield more winter-prime raccoons. 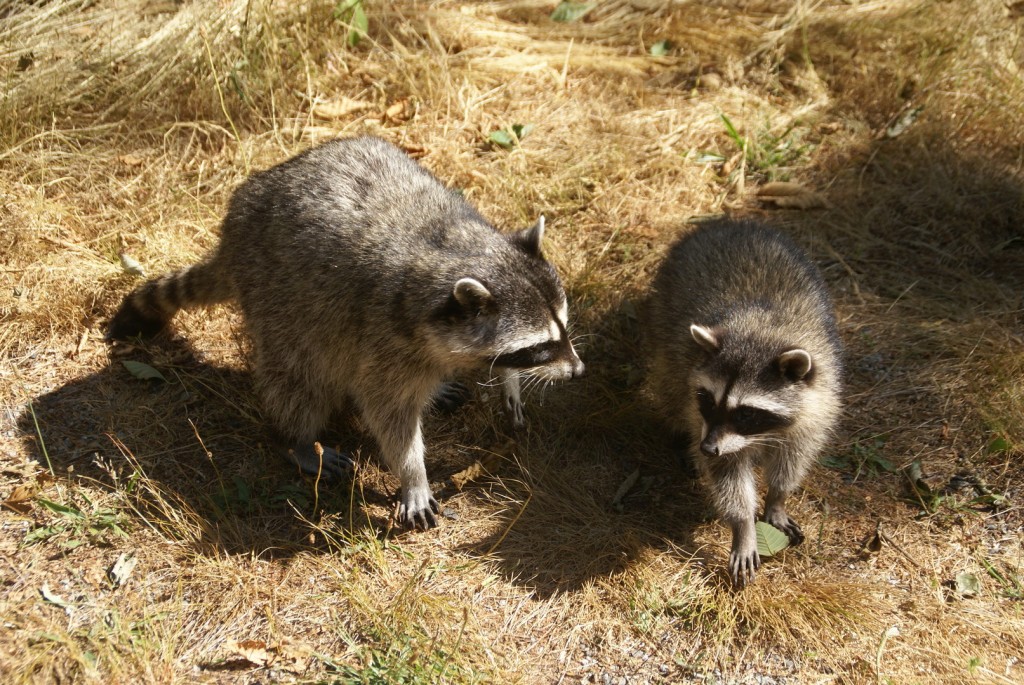 Raccoons are targeted in early fall by most trappers and hunters because that’s when the best weather occurs, but midwinter pelts are the most prime. With the current market situation, only the biggest and best raccoon pelts will sell. From a dollars-and-cents perspective, you can spend far less on fuel and trapping expenses and make a lot more money by trapping fewer prime animals, than you can by trapping many that are under-prime. If you are trapping simply for enjoyment and to get a nice hide for the wall or for craft work, it is still beneficial to trap raccoons when the fur is in its fullest and most beautiful condition. Knowing when to set and when to leave traps sprung can maximize your midwinter trap time and yield more prime fur.

First, raccoon pelts are generally good by the end of October and pelts become heavy by mid-November. It is right around this time — especially in northern states — when raccoons hole up in dens somewhere and become difficult to find. This mild form of hibernation is called torpor, which causes raccoons to do very little and slumber for long periods, while conserving fat stores. As long as temperatures stay cold and the snow piles up, raccoon activity remains pretty much nonexistent until it warms up again. Trappers who pay attention to travel routes in the early part of autumn can capitalize on winter-prime furs when the time is right.

Every winter season experiences a few days or weeks of warm weather. Warmth at this time of year is relative to the cold temperatures found on either side of the warm spell. In some regions of the country, woodsmen know this as a Chinook, or Chinook wind, in other parts it is called a January thaw or an ice eater.

Whatever you call it, there is often a time period when the cold weather of winter is reversed temporarily and the temperatures rise above freezing. It can last for a few days or several weeks and often comes with rain and drizzle. This is when raccoons get on the move looking for food, and when trappers can obtain the best pelts.

Secondly, breeding season for raccoons varies slightly by the latitude of their area, but occurs in the first half of the calendar year, generally reaching its peak somewhere within the time between January and March. Any young males that still remain with the family group will disperse at this time and the big boars go out searching for a mate. When a warm spell aligns with breeding activity, the opportunity for prime winter pelts is optimum.

There is some risk that pelts can become stained with urine at this time of the year, especially if the raccoons are holed up inside tight quarters with several other animals for long periods of time. However, I have trapped many wintertime raccoons that brought premium prices at fur sales, and because of this fact I continue to target them in January and February. I have caught raccoons as late as March in the Northwest that had quality hides.

Most of my trapping effort for raccoons is performed a little differently than it is for other species. This difference is driven by the timing of peak activity, weather and the market. Developing a strategy to maximize my return on investment allows me to be able to afford to trap raccoons every season. To put this into perspective, I can’t afford to spend $50 on fuel and bait to trap one $10 raccoon. I also don’t want to spend the time to check traps five times to catch just one raccoon in the current market, either. This is especially true when I can spend my time trapping bobcats and coyotes that bring a much higher paycheck than raccoons.

So, in order to make money, or at least break even, from trapping raccoons, it is necessary to spend less time and money when the least amount of time is required to catch the most valuable pelts. In order to accomplish this I must catch more fur in less time. This is possible by setting traps only when peak activity is expected. Predicting the timing takes a bit of trial and error, but there are some key factors that help me focus my effort at precisely the best periods to find my raccoon sets full.

A full moon will bring raccoons out more during winter months than a dark moon. Some trappers may debate that statement, but it has been my experience over the years. If the weatherman predicts mild temperatures at or above freezing in the middle of the night and there is also a full moon, I make sure that my trapline is in good working order. But, determining exactly where and how to set up my trapline begins much earlier in the season.

I always keep track of where I see raccoon sign while trapping other species throughout the fall. Muskrat, beaver and mink habitat overlap with raccoons. Much of the best winter raccoon trapping locations are in thick timber with large trees that are adjacent to open farm fields or cattail marshes. These forested areas offer protection and food sources when ponds and creeks are frozen. I search for the travel routes that raccoons use during the fall between the food source and den sites.

It’s important to know that when the temperatures dip down in the autumn months raccoons begin looking for a place to stay long term. The areas where raccoon sign, such as tracks and scat, are found just before freeze-up will be the best places to set traps during the midwinter season. These locations are different than the ones you may be accustomed to in the early fall.

Once the areas are identified, it becomes a waiting game. The frigid winter temperatures come and the snow begins to pile up in late November. That is when I generally switch my trapping efforts to bobcats and marten. But, I keep an eye on the weather, too. Usually somewhere around early January a warm weather system will move into my region and that is when I get ready for raccoon trapping. By then all of my other traplines are in and I have a routine of checking those traps with minimal maintenance, which allows me to dedicate some time to a raccoon line.

I use encapsulated traps, also known as dog-proof traps, or DPs, for raccoon trapping because they are very selective and I don’t have to worry about chewing issues. I can also count on the trap functioning properly and there is very little work required to set them up.

To begin, I travel to the areas where I noted high activity just before freeze-up, and choose the most obvious weatherproof locations. In my area, the ground is rock hard at this time of year, so I use heavy cable with an adjustable loop on one end to wrap around a tree trunk and over my trap.

For bait, I keep it simple by using dry cat food and fish or shrimp oil. Even with above-freezing temperatures during the day, any dip in the mercury could freeze up a trap packed with bait that can freeze. The cat food will not freeze as long as it stays dry, and fish oil is naturally freeze proof. I fill the cat food to just at or below the bottom of the trigger. If it gets wet I will clean it out and replace it with fresh, dry bait.

There are models of DP traps with push/pull triggers that will set the trap off as the raccoon pushes its paw inside, but the ones that I prefer rely on an upward pulling motion. It won’t take much oil and I have utilized homemade sun-rendered oil, commercial fish oil and even fishy smelling oils made for fisherman. As long as the oil is thick and has a strong odor, I will add a teaspoon of it to the cat food and then smear some on a tree within a foot or two of the trap. Precise trap placement is not real critical, but I like to jam the support stake (commonly found on top DP brands) into the soil or duff at the base of the tree when possible, so that the trap is upright at a slight angle.
I will always set at least two or three traps within 50 feet or so of each other because I so often see more than one raccoon travelling together. I have caught as many as three very close together, and if I have enough traps I will set as many as six in one premium location.

Next, I’ll wait and check my traps regularly as long as the weather stays above freezing. When temperatures drop again I spring the traps and lay them on their sides to keep any rain or snow out, and forget about them until the weather is predicted to warm up again.

When I know that the weather is going to heat up for a few days, I reset and re-bait all of the traps throughout the entire warm spell again. In this way I am keeping my traps operational only when the raccoons are most likely to be actively searching for food. Most importantly, I won’t waste any time maintaining and checking traps when temperatures are below freezing, because I know that overall raccoon activity will be very limited during those conditions. With my traps already secured to the trunk of weatherproof trees, resetting them is very easy when the time comes.

Midwinter raccoon trapping can produce the best quality hides at a time of the year when food is scarce and their breeding season is ramping up. Those two factors alone should increase the return on a trapper’s efforts. I also like to be the only raccoon trapper working an area, and given the low prices of fall skins and the common thought that winter and raccoon trapping don’t belong in the same sentence — I have enjoyed many productive days afield pursuing prime pelts without seeing any other trappers.

Try trapping raccoons this winter when their fur is at its best and competing trappers are few and far between. You will get more skins and profit for your efforts, while having one more excuse to get outside when others are curled up in bed waiting for spring.

—Toby Walrath is a big-game guide, writer, photographer, hunter and trapper, and can be reached through his Instagram account @walrathoutdoorsphoto.

How to Call Wolves With Your Voice – The Ultimate Challenge